Cheng Liao is the Emperor of the boundless Qin empire.

Liao is a driven and ruthless man.  He is determined to continue the expansion of the Qin Empire and works towards that goal relentlessly.

He is a widower (but maintains a large stable of concubines).  It is rumored that he must have fathered dozens of illegitemate children.

He is the father of Cheng YuYan, the wife of Bartholomew of Amber. 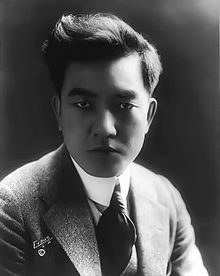